Voyager One - The Story of Farthest Human Made Object in Space

The farthest human made object from earth in space is Voyager 1, currently travelling at a speed of about 62,140 km per hour in the interstellar space at a distance of roughly 21.2 billion kilometers from our home planet. Destination? Unknown. It is destined to perhaps eternally wander the cosmos carrying a message from humanity and their hopes that maybe someday someone out there will recieve greetings from a distant planet.

Voyager One was originally launched in 1977 by Nasa as part of Voyagers Program and it's mission was to study our solar system by flying close to Jupitor and then Saturn. It completed it's primary mission in 1980 after which Voyager One achived the escape velocity required to leave the solar system.

Voyager's primary mission made some astonishing discoveries on it's flyby of Jupitor and it's moons that helped understand our solar system, taking highly detailed pictures of the planet and also discovered the rings of Jupitor for the first time in human history.

The discovery of volacanic activity on Jupitor's moon IO and the presense of water ice on another moon Europa were the most surprising discoveries made possible by Voyager 1. It was the first ever evidence of active volcanic activty in another planetary body in the solar system.

After the visit to the giant of our solar system, Voyager 1 headed towards Saturn at a slightly higher speed due to the gravitational assist by Jupitor. Voyagers found auroras in the Saturn's atmosphere and also measured the length of days on this distant planet. The spacecraft also studied the rings of Saturn and the atmosphere on it's moon Titan. 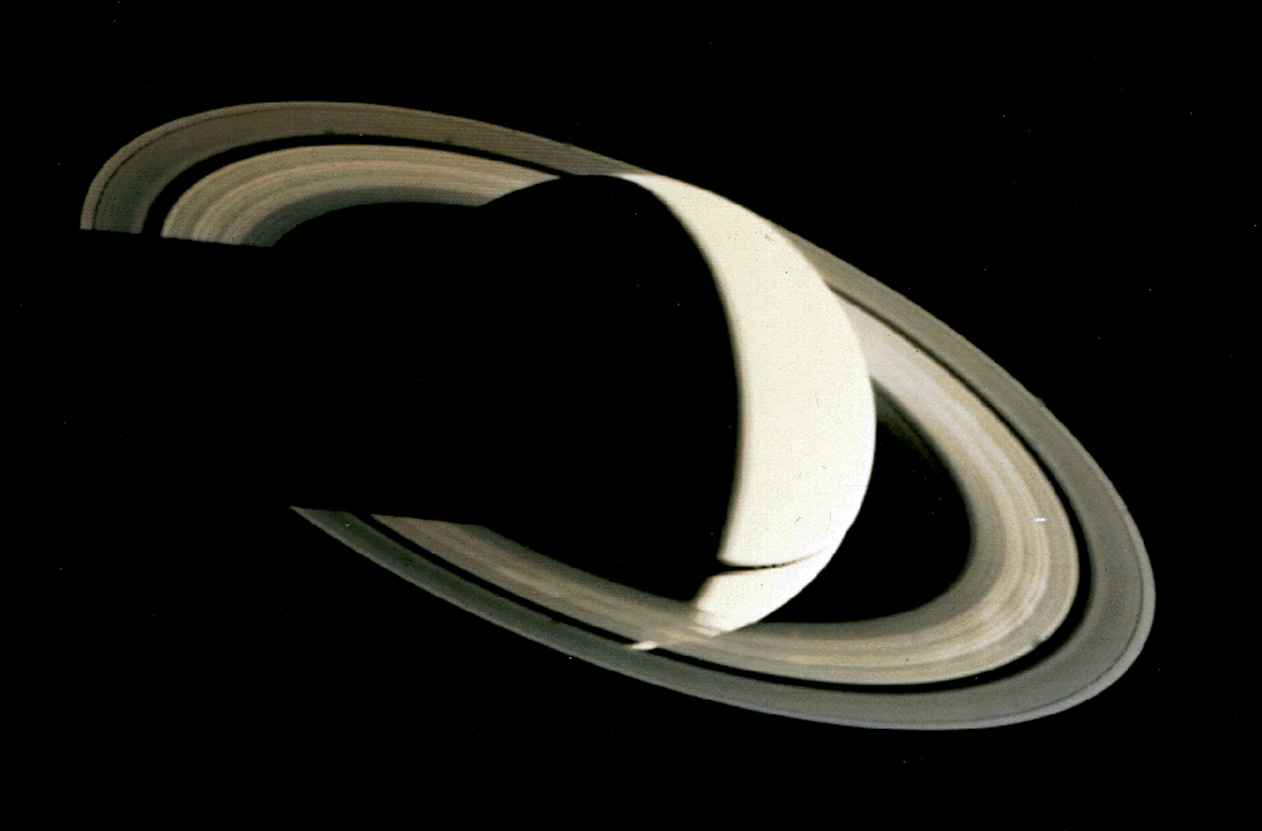 All these discoveries made by The Voyager 1 contributed to science and more importantly to our understanding of the universe around us but beyond that it also helpled us shed some light on our place in the cosmos by capturing a pale blue dot, the first ever photograph of earth taken from a record distance of 6 billion km.

If you look closely you see a dot of light, that's our planet earth. The entire human civilization exists on this tiny dot, every human being who ever lived , lived and died on this pale blue dot.

The voyagers also carry a gold plated phonograph record that contain sounds, images and other information about humans and planet earth. These are intented to be discovered by future travellers or extraterrestrial civilization.

The Voyager 1 is moving farther from the center of our the solar system and is still travelling ahead towards interstellar space. It is not destined to reach any specific destination and if it doesn't collide with anything, it will keep on wandering in the milky way as the embodiment of humanity's curiosity and the spirit of exploration.